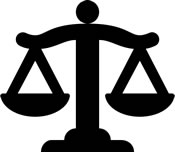 The Federal Wire Act – aka the Interstate Wire Act of 1961 – was passed under the Kennedy Administration in an effort to thwart illegal sports betting across state lines, usually managed through organized crime syndicates at the time. At the time of its passing, wire transmissions were the primary method through which bets were placed.

This US federal law prohibits any sort of wire transmission to place interstate wagers and was effective at the time of its implementation. With the emergence of modern technology, specifically the Internet, the law’s reach was called into question. This sparked much debate over how the Federal Wire Act relates to modern online gambling, though it unequivocally applies to Internet wagering today.

This page will clear up any misconceptions regarding the Wire Act itself, the DOJ’s opinions on the law, and how it affects the US sports betting and gambling industries. This law and its application has had a direct impact on the gambling market in the US and has fueled the popularity of legal offshore sportsbooks. It is one of two remaining federal USA online gambling laws but has no impact concerning US offshore gambling laws.

For most of its life span, the Federal Wire Act has applied to all forms of wire communications. With the emergence of online gambling, many argued that the bill didn’t apply to it simply because the Internet wasn’t around when the bill was passed into law. This was not a compelling legal argument, because the language of the law very clearly encompasses all forms of wire communications, including the Internet.

The more relevant and pressing argument was that since the law was originally implemented to stop illegal bookmaking, it should only affect sports betting, not other forms of gambling.

In late 2011, the DOJ released a formal opinion that deemed the Federal Wire Act only applies to sports gambling, allowing interstate lotteries and regulated poker to continue unabated. Additionally, the Wire Act has no authority over legal offshore gambling sites, as these operate outside of US jurisdiction.

On January 14, 2019, the US Department of Justice issued a memorandum opinion that the Wire Act does in fact related to all forms of gambling, not just sports wagering. The opinion’s implications meant that things like the Powerball Lottery and other regulated interstate gambling amusements (like poker) could be made illegal overnight.  Fortunately, a federal New Hampshire judge ruled that the Wire Act applies exclusively to sports betting, effectively overturning the DOJ’s newest “reinterpretation.”

Fortunately, despite years of legal wrangling and back-and-forth opinions, the Federal Wire Act stands today as it stood in 1961, exclusively targeting interstate sports betting. The DOJ’s various opinions haven’t amounted to a proverbial hill of beans in this regard.

However, the effect of these opinions has been to keep the gambling industry on edge, and it has made online gambling destinations like sportsbooks, legal offshore poker sites, casinos, and racebooks more popular – and more protected – than ever.

The main takeaway from the DOJ’s rulings is that US bettors in one state can’t gamble over the phone or Internet at sportsbooks located in other states. For example, the Wire Act, as upheld by the DOJ and summary court decisions, is why a sports bettor in New Jersey can wager on with the Meadowlands sportsbook over the Internet but cannot place an online wager with Caesars in Las Vegas.

What Does This Mean For Online Gambling?

As online gambling becomes more popular and as more states decide to legalize it, the demand for a regulated and standardized system will grow as well. The federal government could eventually decide to create these standards and implement them across the country.

Many legislators have recently proposed federal sports betting laws to govern all states, but since PASPA’s overturn, more than 20 states have already independently legalized sports wagering and have installed their own tax regulations and licensing structures. At this point, it is not likely that a federal law will be supported when so many states have a financial interest in keeping their citizens’ sports bets within their own borders.

No. The Federal Wire Act only applies to US based gambling sites. American bettors can place bets with offshore gambling sites if they are legally sanctioned and regulated by their own home countries. This federal law, as well as the UIGEA and the erstwhile PASPA, are/were all directed at domestic businesses facilitating betting and not those individuals placing the bets.

The Wire Act does not make it a crime to place bets online at gambling sites operating offshore. Instead, it only makes it a crime for domestic sportsbooks to accept wagers across state lines. That’s the entire thrust of the law.

Why Did The DOJ Change Their Opinion?

In 2011, the DOJ changed their opinion in light of confusion over the reach of the law. As new technology came out and the online gambling industry emerged, there needed to be clarification on how the Federal Wire Act would be applied.

The 2019 decision was predicated more on the language of the law, which does admittedly include a clause where it could be argued that all gambling is encompassed. However, due to the impetus for the Wire Act in 1961 and its traditional isolation to sports wagering, the law has been judged in court to apply only to sportsbooks as of 2020.

Does The Federal Wire Act Apply To US Based Gambling Sites?

Yes, and exclusively. The Federal Wire Act disallows any domestic sports betting operator from accepting wagers across state lines. While gamblers within states with legal sports betting can call in their wagers or even make their picks over the Internet in many cases, they can successfully do so only with in-state operators.

For example, it’s perfectly legal for a bettor in Florida to call up an Atlantic City sportsbook to try to place a bet, but it would violate the Interstate Wire Act for that AC book to take the FL bettor’s action.