The Professional and Amateur Sports Protection Act PASPA - How Far Does It Reach? 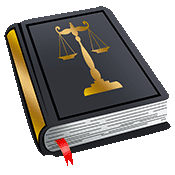 UPDATE: PASPA was overturned by the US Supreme Court on May 14, 2018, paving the way for every state in the US to regulate its own sports betting industry. The following information is available for historical purposes, as PASPA remains the basis for much of how the sports wagering market operates.

The Professional and Amateur Sports Protection Act of 1992, otherwise known as PASPA, was the governing federal law regarding brick-and-mortar sports gambling in the US. The law banned anyone in the United States from operating their own sportsbook or acting as a bookie. PASPA prohibited sports betting in all but four states—Montana, Delaware, Oregon, and Nevada. Out of these states, Nevada was the only one with legal brick-and-mortar sportsbooks offering single-game betting (i.e. the betting we all know and love), while the other three states merely had varying forms of sports-themed lotteries and parlay tickets.

Passed in 1992 in an effort to stop the spread of state regulated sports gambling, PASPA was the biggest obstacle for states trying to launch their own legalized sports gambling industries. In the 25 years PASPA was in effect, states lost over $1 trillion in projected tax earnings.

The Professional and Amateur Sports Protection Act worked in concert with the Federal Wire Act to grant Nevada (particularly Las Vegas) a legal monopoly on sports wagering. However, PASPA had no effect on legal offshore gambling sites, which is why these operators thrived during the law's run – and why states with new legal betting industries are having a hard time winning back the millions of customers that have been betting offshore for the last two decades or more.

States That Fought Against PASPA

There were several states that pushed through their own sports betting legislation in defiance of PASPA, and many states legalized sports wagering long before the law's overturning, with the caveat that their laws would only go into effect when the Professional and Amateur Sports Protection Act was no longer officially recognized as legally binding.

However, New Jersey was the only state that took on PASPA relentlessly in the courts, as then-Governor Chris Christie signed NJ sports betting into law with the hope of fast-tracking the case to the Supreme Court. The major American professional sports leagues challenged the NJ law, particularly the NCAA, and it took six years before the SCOTUS finally heard the case.

In the meantime, New Jersey lost the first lawsuit against its sports wagering bill but filed a countersuit that called for PASPA’s repeal on the grounds that the federal government should not be allowed to decide whether or not states may allow sports betting, as this contravened the Constitution's 10th Amendment.

New Jersey then lost that case and was rejected by the U.S. Third Circuit Court of Appeals, but by then, the Supreme Court had taken an interest in the case.  In 2017, the SCOTUS announced that they would hear arguments, and in May 2018, PASPA was formally overturned in a 6-2 vote (one abstention).

Other states joined the effort to overturn PASPA, including Michigan, Maryland, Pennsylvania, West Virginia, South Carolina, New York and Mississippi. However, NJ is rightfully credited with doing the heavy lifting, and sports wagering legality is now an individual state issue.

How Does PASPA Relate to US Based Online Sports Gambling?

PASPA banned all land-based US sportsbooks from operating in the United States outside of NV. This, of course, also prevented states from opening up their own online sportsbooks, forcing bettors to gamble offshore where the law had no reach.

Because these legal offshore sportsbooks had such a head start on state-based sportsbooks (online or off),  states with new sports betting laws now have a tremendous amount of competition with international bookmakers who offer more complete and robust sports wagering and casino gaming services.

Did PASPA Ban All Forms Of Online Gambling?

No. In fact, PASPA was only focused on sports wagering, banning the practice online and in-person in all states but Nevada. PASPA had no impact on US offshore gambling laws, which is why overseas sportsbooks became so popular over the years.

To learn more about federal gambling laws that affect various aspects of the industry, you can find similar guides on the Federal Wire Act and the Unlawful Internet Gambling Enforcement Act.

Are The Major Sports Leagues Still Against PASPA Being Repealed?

Most major sports leagues, including the NFL, MLB, and NCAA, were outspokenly against the repeal of PASPA, and several executives still lament the law's overturning.

However, once it became obvious that PASPA was unconstitutional, the NBA was the first to embrace the potential for expanded sports betting, and the NHL took a measured approach by choosing no sides.

Now that betting is legal in so many states, however, every major sports league (with the exception of the NCAA) has signed some sort of sponsorship with one US-based sportsbook operator or another.

Did PASPA Make It Illegal To Bet With Offshore Gambling Sites?

No. As long as the sites they used were legally sanctioned, subject to regulatory oversight, and located outside of the United States, bettors did not violate PASPA in any way. PASPA only applied to US-based sportsbooks and had no impact on offshore gambling businesses, save for the fact that it helped grow them tremendously.

Does PASPA Have Any Chance Of Being Repealed?

Well, PASPA wasn't actually repealed, as a repeal technically requires an act of Congress. However, the law was overturned by the Supreme Court, which is even better, as such validates that the original PASPA legislation was illegal from the very beginning.